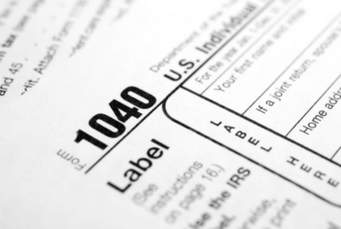 The answer is, “Maybe” but we might all go to jail for money laundering as well.

A brief search through the various bills introduced by the 115th Congress reveals at least 15 which at least mention cryptocurrency, digital currency, or virtual currency.  Their topics are as widely varied as the ICOs being pumped out now on an almost daily basis.

These bills range from Senate Bill S722 – Countering Iran’s Destabilizing Activities Act of 2017 to HR 4530 – GAME Act of 2017, which essentially includes language that gambling with “virtual currencies” will be subject to the same rules and regulations as gambling with fiat currency.

It does seem somewhat ironic that the official IRS stance still maintains that cryptocurrency is property while our legislators identify it as having similarities with other forms of currency.  I guess, technically, you could go out and bet your house (aka “property”) on a wager, but clearly the point of this bill is that cryptocurrencies have become an additional viable means to participate in various forms of gaming.

A couple of bills stood out to my particular interests:  H.R. 3708 – To amend the Internal Revenue Code of 1986 to exclude from gross income de minimis gains from certain sales or exchanges of virtual currency, and for other purposes, and Senate Bill S1241 – Combating Money Laundering, Terrorist Financing, and Counterfeiting Act of 2017

Both of these bills could have significant impacts on the cryptocurrency space for multiple reasons.  To ensure I give each of them the appropriate amount of attention they deserve, I will focus on HR3708 in this column and follow up with a second column on S1241 within the next day or two.

I wrote about the foundations of today’s topic, HR3708, in a previous column – What is The Cryptocurrency Tax Fairness Act of 2017 and how could it affect my Bitcoin transactions? The bill was introduced in September and was promptly referred to the House Committee on Ways and Means.  It sought to introduce an exemption of $600 in cryptocurrency transactions from income taxes and capital gains taxes.  It was a favorable bill for those of us trading in cryptocurrencies which as of today, is still a very unfriendly tax environment – especially for those that spend their cryptocurrency like money and don’t utilize it so much as a store of wealth.

Unfortunately, this bill has apparently made no further progress.  But, have faith, dear reader, for there is an alternative – House Concurrent Resolution 97, Directing the Clerk of the House of Representatives to make corrections in the enrollment of H.R. 1.

Before I delve too deeply into what HCR97 aims to achieve, I need to provide a little background.

After a series of convoluted machinations, amendments, and reconciliation with the Senate bill, HR1 ultimately transformed into the gigantic tax reform bill signed into law by President Trump on December 22nd, making significant changes to the Internal Revenue Code of 1986 for both individuals and corporations.  Depending on whether you listen to Fox or CNN, it is either the biggest tax cut for the middle class in decades or the biggest corporate tax cut ever, carried on the backs of the middle class.

Whichever is closer to the truth, one thing is for sure:  I have no earthly idea.  I asked my sister, who is also a CPA with a thriving tax practice, and her thoughts were similar.  They doubled the standard deduction, which is good, but they reduced exemptions, which has an opposing effect but then they increased the child tax credit which is good.  With so many changes that conflict with one another, it will take some time to determine exactly who will benefit from this tax bill. For better or worse, in 2025 all of the individual tax changes expire.

What HCR97 aims to do is modify HR1 to include, among other things, many exact provisions sought with HR3708.

In a nutshell, the most relevant provision states:

“For transactions occurring after December 31, 2017, gross income (aka taxable income) shall not include gains from the sale or exchange of virtual currency for transactions under $600 for other than cash or cash equivalents.”

Note the use of the language “other than cash or cash equivalents.”  To me, this indicates that a transaction on an exchange where you sell Bitcoin for USD would be a taxable event for any amount including those under $600.  Personally, that is a little disappointing to me and not the way I understood it to be in my previous column.  I had expected the language to include an exemption for an exchange of crypto for cash up to $600.  No such luck.

(c) VIRTUAL CURRENCY.—For purposes of this section, the term ‘virtual currency’ means a digital representation of value that is used as a medium of exchange and is not otherwise currency under section 988.

Section 988 of the Internal Revenue Code refers to Foreign Currency transactions, so this seems to be an indication that they will not consider cryptocurrency to be cash or a cash equivalent (either foreign or domestic) for the purposes of this bill.  I am hopeful this means the greenlight will be on to make sub $600 exchanges of crypto for crypto without there being any tax impact.  Currently there is no clear guidance on this and some (not me or most other tax professionals) believe that exchanging crypto for crypto qualifies as a 1031 or like-kind exchange.  There are many reasons why this doesn’t make sense including the IRS stance that many other forms of property including gold, silver and other properties are explicitly disqualified fromm like-kind exchange status.

The consensus is that, under current IRS treatment, if we make an exchange of Bitcoin for Litecoin today, we are deemed to have sold the Bitcoin for Fiat/USD, triggering a taxable gain or loss depending upon the basis, and then subsequently to have purchased the Litecoin with Fiat/USD – even though that is not the reality of what happened.

This bill would give us a little wiggle room to avoid taxes on the exchange of one crypto for another.  For me, in 2017, I will have numerous small transactions to report where I traded Bitcoin for several altcoins.  If this legislation had been in place, I would have to report nothing.  Yeah, I’m a really small time trader.  Don’t laugh at me.

HCR97 also contains an aggregation rule which disallows a “series of related transactions” from being exempted.  It is hard to say how they will identify “related transactions” but I think it is safe to say that if you talk the dealership into letting you pay for that Lambo by making 350+ transfers of $599.99 each to their wallet hoping each individual transaction will be exempted, you will likely be in for a rude awakening come tax time.

Promisingly, the bill does provide for an increase in the exemption amount periodically by way of a cost of living adjustment from a base year of 2017.  This could turn out to be especially critical if the true converts are right and the value of USD begins to implode.

Of course, while the tax overhaul that started as HR1 has passed and is now officially law, this concurrent resolution has only just been introduced and must yet be agreed upon by the House and Senate and signed by the President in order to be added to the law.  It is not everything we had hoped for, but it is a step in the right direction in terms of establishing a more tax friendly environment for the crypto space.

Keep an eye out in the next day or two for my follow-up column on Senate Bill S1241.  And if you have other interpretations of the proposed language of HCR97, or run into opposing viewpoints elsewhere about its implications, please comment and provide links where possible.  Between the complexities of cryptocurrency and the sausage-making process of legislating, we need to keep as many eyes on this Congress as possible.

As usual, feel free to subscribe by providing your email for updates whenever I publish a new column and if you have found anything I have published of value, please consider a donation to the Crypto Tax Center by clicking here: Support The Crypto Tax Center

6 thoughts on “Will we finally get some relief from taxes on our Crypto? (U.S. Tax Code)”

The information contained on this web site is for general discussion and exploratory purposes only. Tax scenarios can vary widely and the information shared for discussion may not be appropriate for your specific tax situation nor even in your best interest.  With the ever-changing environment of cyber currencies and pending legislation, the information shared on this blog may become outdated or inaccurate at any time.  If you believe any of the scenarios presented might be applicable to you, you should consult with a local tax professional to ensure that you are following all laws and regulations related to your tax reporting requirements.

Use of this web site does not create a CPA-client relationship and the information contained here is not intended to be and should not be considered to be legal or tax advice.